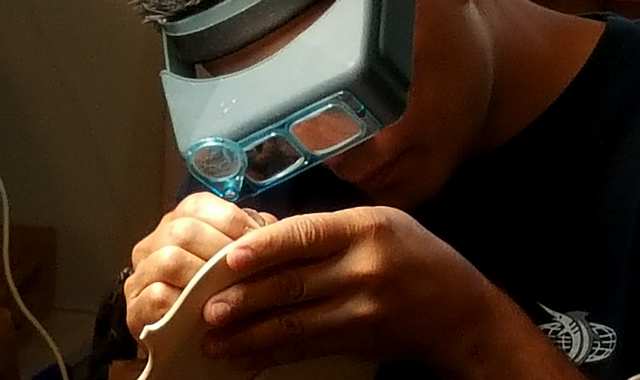 For the last fifteen years I have  been teaching violin making for several weeks every summer at the Southern California Violin Making Workshop (SCVMW) in sunny Claremont, California. It’s been an amazing experience because of the wonderful friends I have made, the pleasure of watching my students progress, and how much it has helped me consolidate and articulate ideas I have had about violins. Through all that time, the workshop coordination/administration (a gigantic proportion of the work!) has been admirably handled by Jim Brown and his assistant Bob Gravlin, who’ve made sure I never had to think about a single thing other than violins and teaching the class. Together we’ve developed a strong community of friends and colleagues–a highlight of the workshop and the best reason to return each year.

When the workshop started, I was an independent violin maker, but since the inception of Darnton & Hersh Fine Violins, each year it’s become increasingly difficult to take off more than an entire month each summer (two or three weeks of teaching and a week at each end with 80 pounds my most-needed tools riding on a UPS truck to and from California).

This year, June 2020, will be my last teaching at SCVMW.  The workshop will be continuing in slightly different form, more oriented to beginners, and the bow making portion taught by Lynn Hannings and George Rubino will continue unchanged. You can find out about this year—your last opportunity to catch a class with me, and I believe a couple of spots may still be available—and start making your plans for next year at https://scvmw.com.

Even though I will not be at SCVMW after the summer of 2020, I have no intention to disappear! I will remain available to all my former students and hope to stay in touch, and I plan also to return to some of the writing projects that have been on hold. And visitors are always welcome at my Chicago shop (just call or email ahead).

Hidden inside the top, the bass bar is one of the elegantly sculpted parts of the violin. One day, from curiosity I mapped out how a normal bar, which has a sweeping, scooped look on the contoured violin top, would look if it were on a flat top rather than an arched one, by mapping the heights on a flat line, and was I surprised! It turns out to be a neat triangle with the top lopped off round, and if it went all the way out to the ends including through the top, the very tips of the ends would end right at the ribs.

In this drawing the bar is the cross-hatched area. The ribs and linings are far left and right, and the top is the flat platform between them. The tiny marks where the ends of the bar triangle end represents the position of the purfling on the outside. 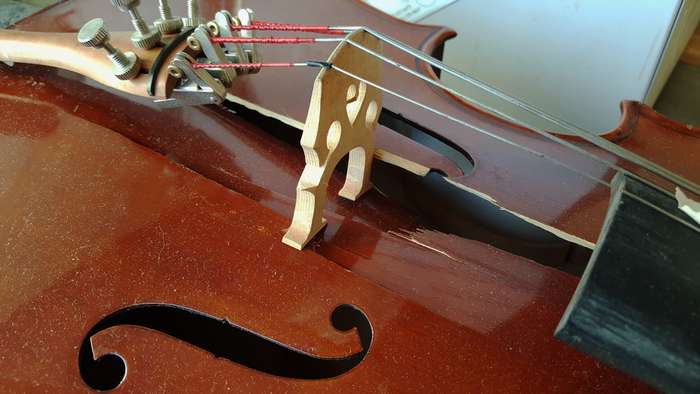 While on the topic of the sufferings of rental instruments: When we started a rental program, a friend warned me that I’d regret renting cellos. Here’s one reason why. These babies cost a lot of money, but not enough to justify fixing something like this. I once repaired a fine old English cello that someone had backed a van over, and it wasn’t this bad. 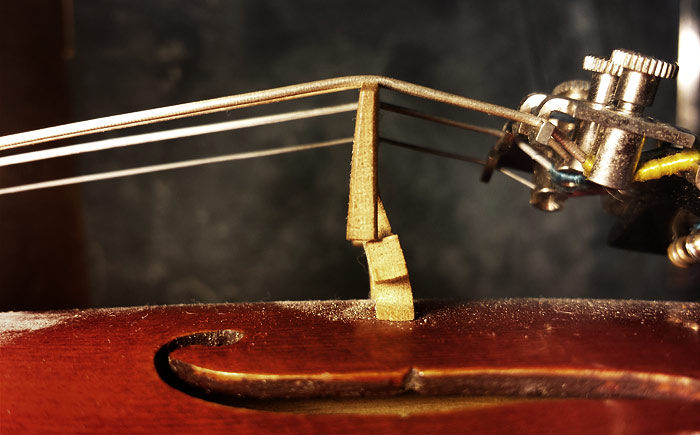 My shop runs a small rental program. There are all sorts of ways to damage an instrument, and I’ve seen them all, I think. This is the bridge on a tiny violin, a 1/32, perhaps. In this case, the bridge was permitted to warp forward by the natural pull of the strings. Then at some point, I think the teacher noticed and pulled the bridge back, perhaps a bit too far. On the really tiny violins I often leave the bridges thick because the violins don’t have any sound, anyway, and a thicker bridge stands a better chance of not warping. You can see how much good that did this time!

No photo for this one–I’m just going to point you over to the first new article I’ve put up on my book site since 2012, an explanation of how I scan archings on violins with my carpenter’s laser. The article is under Chapter 3, here: http://violinmag.com 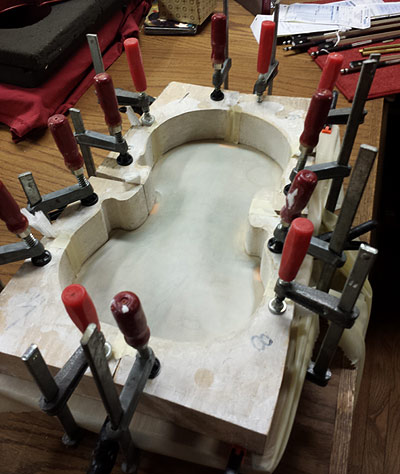 A few years ago I ran into a 3/4 cello with unusually strange top wood and now recently I’ve run into another, a 4/4. This is also an old Italian cello, of about the same age, and it works fine. Something interesting about both of these cellos is that while we’re taught to think that slab-sawn wood like this is weak and liable to crack (slabbed maple violin backs certainly do this) the tops on both of these cellos were both in unusually good condition for instruments of their age. 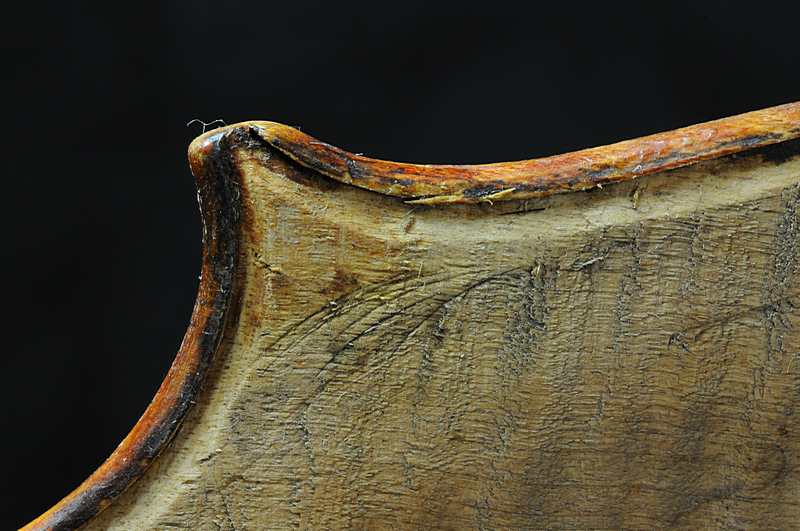 Note: 2020 would have been my 15th and final summer teaching at the SCVMW. Sadly, the workshop had to be cancelled due to COVID-19. Prospective participants should use the link below to inquire about future summer workshops.